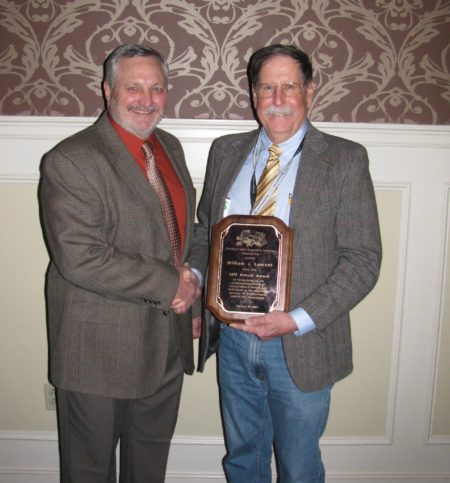 Dr. William Lamont Jr is Professor of Horticulture and Extension Vegetable Crops Specialist at Penn State University and is retiring in 2017.  He was born and raised in rural Pennsylvania and obtained an undergraduate degree in Economics and Business from Lebanon Valley College.  He then served in United States Navy on active duty from 1967 to 1971 and in the reserves from 1975 to 2005, retiring as a Commander in Specialty-Naval Intelligence,  After his active duty, he went on to obtain a second undergraduate degree in Horticulture from Delaware Valley College.  He received his M.S. and Ph.D. degrees in Vegetable Crops with minors in Soils and Entomology from Cornell University.

Prior to moving back to Pennsylvania he was an Extension Vegetable Specialist at North Carolina State University working with both field and greenhouse vegetable production from 1980 to 1987.  He then was a consultant with US Quality Plastics for a year before moving on to Kansas State University where he taught both undergraduate and graduate level courses and conducted applied research in the Department of Horticulture, Forestry and Recreation Resources.  In 1997 he began his tenure at Penn State.

Lamont has an extensive background in applied research, extension, teaching and service.  In his current extension position he is responsible statewide for the culture and management of vegetable crops.  He is a recognized leader nationally and internationally in the field of plasticulture and is the author of numerous research and extension publications on vegetable crops, drip/plastic mulches, row covers, high tunnels and greenhouse vegetable production.  He is a frequent contributor to trade publications such as American Vegetable Grower, Productores Hortalizes, Irrigation Journal, Grower, The Vegetable Growers News, and Spudman.

He was Program Chair for the first and succeeding educational seminars/workshops on “Using Plasticulture Technology for Intensive Production of Vegetable Crops” sponsored by the American Society for Horticultural Science (ASHS) of which he was selected a Fellow in 2006 and has served as Extension Division Vice President, President, and Chairman of the Board of Directors. He has also organized other short courses on “Plasticulture” both within and outside the United States, not to mention helping to organize the vegetable, potato and high tunnel sessions here at the Mid-Atlantic Convention for many years.  He is a Past-President of the American Society for Plasticulture, from which he received the Distinguished Service Award in 1999 and the Pioneer Award in 2009.

Most recently his interest has been in helping to establish high tunnels in the city of Philadelphia to promote the production of nutritious vegetables and winter production of greens and other crops for the population of the city. This project involves a wide array of partners from the city government, schools, and a host of non-profit organizations.  In addition, he and another colleague are teaching a new course targeted for the general student population of the university called “Gardening for Fun and Profit”.