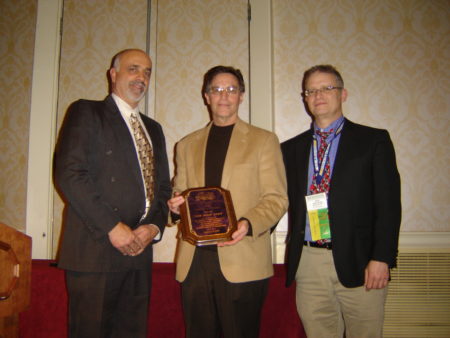 In 1921, J. W. Furman, a vegetable grower struggling to make a go of it on a farm that the neighbors said even the crows packed a lunch before flying over it was discouraged because a local store owner wouldn’t buy his abundant harvest of tomatoes at the height of the season.  The store owner told Mr. Furman he would be glad to buy the tomatoes that winter.  Mr. Furman took him at his word, went home and, with the help of his wife and seven children, canned the tomatoes in glass jars to sell that winter.

That was the beginning of Furmano Foods, a family company that is currently being operated by the third and fourth generations.  The company now processes millions of cases of tomatoes, snap beans, dry bean and other vegetable products at their modern plant still situated on the home farm were it all began.

David Geise, a grandson of the founder and the President of the company served on the PVGA Board of Directors for several years and was instrumental in the formation of the former PA Vegetable Research Program – a check-off program that provided needed research funds.

James F. Kohl, another grandson and the Executive Vice President of the company served as a PVGA Director for nine years and Association President for two years.  He also served several terms on the PA Vegetable Marketing and Research Program Board and on its Executive Committee.  He represents the vegetable industry on the Department of Agriculture’s research advisory committee

Don Geise, another grandson involved in the company who oversees the company’s snap bean contracting and harvesting has served fourteen years on the Vegetable Marketing and Research Program Board and has been the Chairman for the past three years.  He also represented the Association on the Fruit and Vegetable Inspection Association Board for several years.

In addition, Kenneth Martin, a president of the Association, is employed by the company.  Besides serving on the Board, he has also served as the program chair for tomatoes for the Convention program for several years – a job that requires hours of donated time that directly benefits the industry in general.

Besides the time and effort donated by management level company members to the leadership of the Association and the industry, the company has also been very generous in sending workers to assist at the Farm Show booth each year as well loaning equipment.  In addition, the company has actively supported vegetable research through the Vegetable Marketing and Research Program with several special grants.

The company has provided an important market for processing vegetable growers throughout the state and beyond for over 80 years.  They have sought to deal with growers fairly and equitably through the years in line with the Christian principles upon which the company was founded.